The announcement of the Parental Alienation Study Group (PASG) comes at a great time, as we start to try to emerge from COVID lockdowns, and restart these important conferences.  I received the announcement below this morning, and look forward to this conference.  “PASG has 700 members – mostly mental health and legal professionals – from 55 countries. The members of PASG are interested in educating the general public, mental health clinicians, forensic practitioners, attorneys, and judges regarding parental alienation. PASG members are also interested in developing and promoting research on the causes, evaluation, prevention, and treatment of parental alienation.”

END_OF_DOCUMENT_TOKEN_TO_BE_REPLACED

I am always appreciative to be a member of the PASG, which is an international association of clinicians, academics, and legal professionals involved in the research of Parental Alienation, as well as the advocacy for better public understanding of PA.  Today, one of the members and excellent advocates in the PASG emailed this to me:

Our colleague Brendan Guildea B.L reports on a significant case that has wide reaching implications in the fight against Parental Alienation. Brendan will be one of the speakers at our Online Parental Alienation Conference on the 26th of November 2020.

END_OF_DOCUMENT_TOKEN_TO_BE_REPLACED 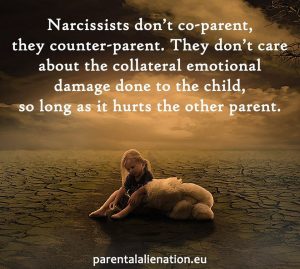 END_OF_DOCUMENT_TOKEN_TO_BE_REPLACED

PA  :  It is a term used by mental health and legal professionals to describe both a complex form of child psychological abuse (i.e., isolating, exploiting/corrupting, terrorizing) and a diagnostic label for identifying a pathologically disturbed parent-child relationship between an alienating parent and a child victim.
END_OF_DOCUMENT_TOKEN_TO_BE_REPLACED

END_OF_DOCUMENT_TOKEN_TO_BE_REPLACED

For many years, and since the publishing of Bill Eddy’s landmark book Splitting, I have been writing on the subject of divorce and personality disorders.  My law practice has a focus on helping people navigate divorce from a narcissist or someone with other traits of toxic personality disorders.  Because divorcing someone with these traits creates a number of distinct and unusual issues for the healthy spouse, my practice focuses on managing strategically and aggressively these disordered behaviors, which can include “distortion campaigns” and false allegations.

In my law practice, there is a focus on High Conflict cases.  As the article below points out, there is a distinction to be made with the term “high conflict.” In most all of my cases, the high conflict comes from a disordered person using chaos, harassment and false allegations against an otherwise healthy spouse and parent in order to manipulate the proceedings and attempt to distort the facts of the case. The “high conflict” is one sided.  Contact my firm if you have questions about a divorce from someone with these abusive and difficult behavioral traits.

By Karyl McBride, Ph.D., L.M.F.T.:  A common perception among divorce lawyers, therapists, custody evaluators, judges, and other professionals is that, whenever you have a “high-conflict” divorce, both parties are responsible for the conflict. Many professionals assume that difficult, drawn-out custody battles are caused by two parents who are stubborn, selfish, and perhaps a bit crazy. As Michael Friedman wrote in The American Journal of Family Therapy, “The concept has even entered into what might be called family court folk wisdom: We say that Mother Teresa does not marry Attila the Hun or that it takes two to tango.” What we see happen then is that both parties are painted with the same brush and the antics of the narcissist are not understood or seen. The reality is that a narcissist can unilaterally create a nightmare of a divorce.

END_OF_DOCUMENT_TOKEN_TO_BE_REPLACED 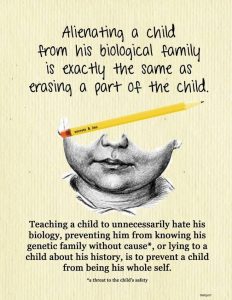