ILLINOIS DIVORCE LAW BLOG
I can say that most of the calls to my firm involve significant and complex child custody issues, many involving psychological issues or parental alienation concerns. Yet, it is still very important for my practice to focus on financial issues in divorce, as well.  Issues concerning support calculations, and valuation issues of real estate and/or business are an important and essential part of the practice.  I spent a few years, along with my law school training, in MBA school as well. These years of the study of accounting and finance have proven beneficial in the practice of Illinois Divorce Law. 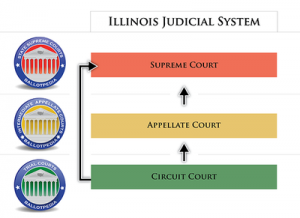 A case I tried some years ago made its way to the Appellate Court in Illinois. The case was ultimately brought to the Illinois Supreme Court, which decided not to address the Third District Appellate Court’s decision in Marriage of Liszka.  I tried the Liszka case before a Will County judge, and it was a barnburner, involving both child custody issues and financial issues including the valuation of a closely held business worth in the millions of dollars.
Part of my approach with the trial court in that case was to ask the Court to not only value the retained earnings in the business as marital property, but as these retained earnings had not been part of the valuation of the business, that the Court should distribute the marital earnings to the parties as a cash distribution of marital property.  The trial court declined to do so. Fortunately, because the case was tried with some expectation that the court might make some mistakes in its judgment of the case, I tried the case with an eye that the decision of the court would be appealed.
END_OF_DOCUMENT_TOKEN_TO_BE_REPLACED
Have your children turned against you? Do they resist spending time with you? Have they joined with your ex in treating you with contempt? If so, they may be suffering from parental alienation.

In this article I provide an overview and summary of parental alienation to help separated and divorced parents, grandparents, and others affected by this problem to identify, prevent, and heal psychologically damaging fractured relationships.

You can read more about parental alienation by clicking on the links at the end of this article.

END_OF_DOCUMENT_TOKEN_TO_BE_REPLACED
A big part of my Firm’s approach to divorce law practice is helping clients navigate communications with a High Conflict Personality (HCP).  Many times, the Court will order that the parties limit communication to online monitored platforms like “Our Family Wizard” or “Talking Parents,” but regardless of the platform, difficult, angry, offensive or high conflict narratives can emerge in this messaging from one side. Too often the impulse is to respond in kind, but this kind of like-kind response is almost always counterproductive. Bill Eddy is a longstanding expert in managing High Conflict personalities, and one of his most popular methodologies for managing communications with a HCP is the following:

I think the interest in this is related to the difficulty in identifying if parental alienation is going on or if it is not. To this very day, when I am contacted by a parent or attorney about a case where parental alienation is believed to be present, I still rely on these four criteria to satisfy myself that such may likely be the case. While the template that these criteria is not foolproof, it is at least some sort of reasonably and reliable measure to assist in the ruling in or ruling out of its presence.

But enough backstory. The subject of today’s post is the third criteria, Deterioration in the Relationship between the Targeted Parent and the Child(ren).

END_OF_DOCUMENT_TOKEN_TO_BE_REPLACED

My Illinois Divorce Blog focuses on a variety of subjects, including the means by which to manage divorce and child custody with a toxic narcissist. I can say that almost every day, I receive a message that sounds like this that came today:

This message is from someone being harmed by both the toxic narcissist in her life, and well as possibly by her local court system ( I get many calls each month from people outside of Illinois that need help, and I try answer most all of these calls with some help, resources like Bill Eddy’s Splitting book, and a lawyer referral if needed).  For over 25 years, my practice has focused, in large part,  on psychological issues in divorce, and issues that affect the wellbeing of the children of marriages involving personality disorders.

Bill and Melinda Gates — known around the world as tech and charitable titans — are splitting after 27 years of marriage, at the ages of 65 and 56, respectively.

Divorcing at an older age has become increasingly common. This phenomenon, called “gray divorce,” could be the result of a few factors, including the lessening of a stigma around divorce in general, longer life expectancies and differing opinions on what to do with the rest of one’s life.

END_OF_DOCUMENT_TOKEN_TO_BE_REPLACED 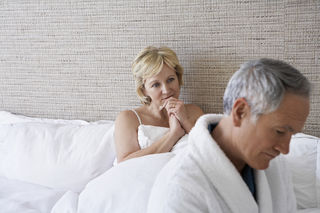 END_OF_DOCUMENT_TOKEN_TO_BE_REPLACED

Reading up today on divorce planning, the reminder was made that the summer is often the time that many people postpone thoughts of divorce. The reasons for this are many. Business during the summer with activities takes the attention away from difficult subjects like divorce. For many parents, it’s just enough making sure that the kids are having a good summer, and that summer trips or vacations are being taken before the kids go back to school.

Even if you are already decided that you wish to file for divorce, there are a number of things that you can do to make the eventual decision easier. None of these steps are disruptive, and the you and the children will enjoy the summer without thoughts of disruption or change. Here are a few themes to focus on during the summer:

1. Understand your financial position. It’s important to have access to financial records during the divorce process. It can be helpful to try to assemble as much of this information as is possible, so that when you meet with our office. we can have a general discussion of financial planning in the divorce process. Take a look at http://www.illinoiscourts.gov/forms/approved/divorce/financial_affidavit.asp in order to review the form that is now universally used in Illinois divorce cases as a guide for the lawyers and judges is assessing the financial condition of the parties.
END_OF_DOCUMENT_TOKEN_TO_BE_REPLACED

I do a lot of consulting to family lawyers and their clients (often on the phone together), as well as many self-representing people in family court cases. These often involve high-conflict custody and access issues, although finances can also be involved. One of the biggest problems I keep seeing is that many family law professionals (lawyers, judges, mediators, evaluators, counselors, etc.) have a presumption in high-conflict cases. Here are the three most common presumptions:

END_OF_DOCUMENT_TOKEN_TO_BE_REPLACED

Parental Alienation: What Can an Alienated Parent Do?