So what accounts for the post-holiday divorce?

Why Does Divorce Spike In January?

According to experts, the biggest reason that divorces rise following the holidays is a desire for one person in the marriage to start fresh and begin another year with a clean slate.

END_OF_DOCUMENT_TOKEN_TO_BE_REPLACED
In the USA alone, an alarming number of families, estimated over 22 million, are affected by parental alienation. Millions of children are held psychological hostage by parents they trust.

Through manipulation and coercion, innocent children are weaponized against the alienated parent. Children are involuntarily forced to align entirely with one parent and sever ties with the other. They are forbidden to love a parent with whom they were previously close to. 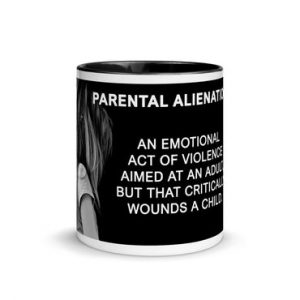 Targeted parents and alienated children suffer the effects of this atrocity for a lifetime.

END_OF_DOCUMENT_TOKEN_TO_BE_REPLACED

How Will Temporary Court Closures Due to COVID-19 Affect Family Law Cases?

Many clients of our firm are asking this important question: What is the immediate impact on my case if my courthouse is closed for weeks or months, starting right now?

It has been only since last Friday that the various counties in Illinois announced via email and posts on their websites that the courthouses were to be closed for about 30-45 days, while the COVID-19 pandemic works its way through Illinois. Many of our cases were set for important hearings with our judges in March and April, and now these cases will have to be reset. Some will be reset by the courts, and others are being reset by agreement with opposing counsel.

END_OF_DOCUMENT_TOKEN_TO_BE_REPLACED

A quick note to discuss the art and science of managing complex divorce and post-decree cases for my clients.

For me, it is a privilege to represent men and women facing some of the most challenging life changes and decisions, whether they are facing a new divorce filing, or dealing with the aftermath of a divorce (often when the predecree case was handled by another attorney) and problems or issues arise that weren’t managed well in the predecree phase. 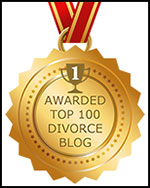 Doing this work well for my valued Clients requires experience, insight into the best outcomes and solutions, as well as a passion for the craft of managing family law cases.  I feel that it is critical that to be successful in this work, a lawyer must approach this profession with a strong measure of empathy and passion; the ability to truly diagnose the problems that the case presents, and to provide creative, insightful and positive outcomes for the Client and their children.

END_OF_DOCUMENT_TOKEN_TO_BE_REPLACED

Working with high conflict personalities, I have always been open to approaches that can manage difficult issues with HCPs (High Conflict Personalities), without necessarily involving the courts every time there is a dispute, or transgression by a HCP.  One way of dealing with difficult personalities in divorce is to have a Parenting Coordinator involved in the case. What is a Parenting Coordinator (PC) ? Essentially, a PC acts as a middleman, referee, and dispute resolver.  The PC can make recommendations to a solution for a disputed issue.  In other words, the PC can act almost as a magistrate for the judge, and help the Court manage these difficult issues without court involvement.  Because the PC acts almost like a magistrate judge, some judges in the Family Courts do not like to appoint PCs, believing that they are essentially usurping the function of the judge.  However, for certain cases, it is my opinion that a Parenting Coordinator can be a valuable tool and resource in managing issues that arise with a HCP.

Parenting Coordination began gaining recognition in the 1990s as a result of presentations and trainings first offered at conferences such as the Association of Family and Conciliation Courts (AFCC) and by experienced Parenting Coordinators. Initially there were variations in role, source and degree of authority, and practice in different jurisdictions, and different titles were used to describe this innovative intervention model, including Special Masters, Co-Parenting Facilitators, or Mediator/Arbitrators. In 2003, AFCC appointed an interdisciplinary task force to develop Guidelines for Parenting Coordination to guide mental health professionals, mediators, and lawyers with respect to training, practice, and ethics (AFCC, 2006).

END_OF_DOCUMENT_TOKEN_TO_BE_REPLACED

An article published in one of the leading bar journals discussed the use of social media postings as evidence in court cases. The article happened to concern a criminal case, where a Facebook posting allegedly made by a defendant using his mother’s Facebook page had statements from the defendant admitting to the time, place and means of the crime. Certainly Facebook and other social media are much more often employed these days in divorce and child custody cases, where parents try to assemble negative information and evidence concerning their spouse’s behaviors, infidelity, or use the social media platforms to stalk or otherwise gather information about their former partners and their habits and behaviors.

Whenever evidence is to be used in a court hearing, the evidence must meet certain tests for reliability.  One does not have to be a forensic IT expert to know that a fraudulent Facebook page or identity can be created, or that a post can be posted by someone claiming to be another person.  Because of the nature of this possible lack of trustworthiness, courts have struggled to define the foundations that must be laid in order to admit social media evidence.

Social media evidence has garnered the most distrust. As one court explained, “[t]he concern arises because anyone can create a fictitious account and masquerade under another person’s name or can gain access to another’s account by obtaining the user’s username and password.” Another concern is that regardless of whether the information is genuine or fabricated, it is “available by performing a Google search… forever,” giving the impression that it is accurate and true. Griffin v. State, 19 A.3d 415, 421-22 (Md.)  Generally, a witness authenticating electronic evidence must “provide factual specificity about the process by which the electronically stored information is created, acquired, maintained, and preserved without alteration or change, or the process by which it is produced if the result of a system or process that does so.” As pointed out by Griffin, the “most obvious method [of authentication] would be to ask the purported creator if he/she indeed created the profile and also if she added the posting in question.” Id.

END_OF_DOCUMENT_TOKEN_TO_BE_REPLACED

Most of the posts on my Illinois Divorce Lawyer Blog concern important topics such as High Conflict Divorce, Parental Alienation, Personality Disorders in Divorce and Child Custody, or subjects involving complex financial issues in divorce. Yet, in the past issues have arisen in a few of my cases where the parties owned together a beloved companion animal, such as a dog or cat.  Previously, the Illinois Divorce Act (IMDMA) considered companion animals owned by the parties as property, and normally judges would make no orders concerning animals beyond what might be ordered for furniture and the like.  Touching on issues in a high conflict divorce, one of my cases last year did involve one spouse threatening to euthanize the family dog as a coercive threat to the other spouse to not to move out. 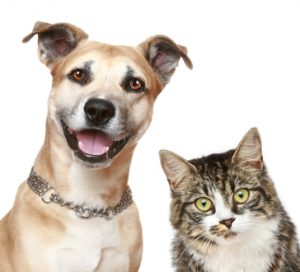 For 2018, the IMDMA is being amended as follows, to allow the Court to consider, in a sense, the best interests of a companion animal that is part of a marital estate:

END_OF_DOCUMENT_TOKEN_TO_BE_REPLACED

I receive calls almost every day from people considering filing for a divorce. I always take these calls seriously, and try to get a phone or personal meeting set up as soon as is possible as every person that I meet with has good and thoughtful questions. My policy has always been to never push or encourage people into a divorce filing (absent other factors like Domestic Violence or other pathology, where an Intervention is needed) , and of course, to never promote a divorce when a divorce is not needed between a couple. Sometimes, people that I meet with simply wish to know what their options are, and what a divorce might entail if they decide to separate from their spouse and improve their life and family system.

Yet, with the new rules regarding maintenance, a single point needs to be made. If you’re going to pay (the majority of time, this is the Husband), it might be beneficial to file before the new statute’s benchmark dates kicks in for maintenance (spousal support).  If you are going to receive maintenance (the majority of time, the Wife), be mindful of the benchmark dates; you might wait a month or two (assuming there’s no pathology or domestic violence in the marriage) if you’re on the threshold of a higher maintenance percentage.  Here what the new statute requires: