One aspect in my practice that I have always been proud of is the fact that I have never pushed anyone to file for divorce when I believed that a divorce was not in their best interests.  I have met with some younger married spouses, disillusioned by petty arguments. and disagreements over finances, and I have often referred them first to see a marriage counselor or a financial planner to try and sort out the immediate stressful issue, and to work to preserve the marriage. In other words, a good Family Lawyer makes a good assessments of a family, and counsels clients correctly and carefully. 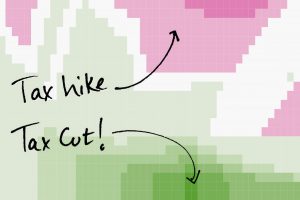 Today, I write with a good reason to consider starting a divorce as soon as is possible, for couples that need to separate and divorce for appropriate reasons.  The new tax bill recently signed into law has created some tax advantages for some taxpayers, but for couples divorcing the long-established ability to deduct spousal maintenance payments ( also known as alimony in some states) is being ended.  Illinois has a new maintenance statute that is a fixed formula for many divorcing parties, and it has always been the case that even with the new formula the tax advantage of the decuctibility of the payments has helped create settlements that work for both parties. My assumption is that when the legislature created the new maintenance statute, the deductibiity of maintenance was a factor in the way the formula was developed. The formula itself is already a bit heavy handed for the payor spouse (child support numbers tend to be lower, maintenance numbers much higher), and now with the loss of deductibility, new approaches will need to be taken in creating equitable support amounts. The excerpt below is from a financial planner’s article:

“Before new tax bill, alimony payments paid to a former spouse were treated as a tax deduction for the payer and income to the recipient. The payer received an above-the-line deduction, which decreased taxable income dollar-for-dollar by the amount paid. The recipient had to include the alimony payments as income, thereby increasing their taxable income by the amount received. As a result, income was often shifted for a recipient in a lower tax bracket, resulting in lower combined taxes paid.

The new rules for the treatment of alimony payments are effective for divorce or separation agreements entered into after Dec. 31, 2018. Under the new tax bill, the tax deduction for alimony payments is eliminated, and recipients no longer need to treat alimony received as taxable income. Some divorce experts worry that this change in alimony taxation will make negotiations tougher and lead to less spousal support. It could also result in higher overall taxes for divorced couples starting in 2019.” @HerWealthBWFM

The moral of the above story is that if a payor spouse is resolute about initiating a divorce, the advantages to doing so sooner, rather than later, may have some significant tax impacts, especially in the case of longer marriages where the additional taxes collected on the income used to pay maintenance could be substantial especially amortized over the number of years of payments under Illinois’ new maintenance formula.  Divorces that are completed after December 31 of 2018 will be tax affected differently than those completed within 2018, and potentially more harshly.