Law Offices of Michael F. Roe manages a number of cases where traits of toxic narcissism are involved. These personality traits can cause a lot of suffering in a marriage and eventual divorce, and the suffering is compounded when children are involved. One simple distinction needs to be made: what is the difference between narcissism and high self esteem?

A recent psychological study explains the crucial difference between being a narcissist and having high self-esteem. Although narcissists feel superior to others they do not necessarily feel that good about themselves.  In contrast, people with high self-esteem naturally feel good about themselves but do not feel superior to others.

The difference is highlighted in a new paper which shows how narcissism and high self-esteem diverge.

“At first blush, narcissism and self-esteem seem one and the same, but they differ in their very nature. Narcissists feel superior to others but aren’t necessarily satisfied with themselves.”

Typically people who have high self-esteem see value in themselves but do not see themselves as more valuable than others. Narcissists, meanwhile, have a desire to be admired by others and can easily become aggressive and angry. The study’s authors explain that overvaluing children may cause high levels of narcissism:

There are ways to help people with low self-esteem and to ‘nudge’ other individuals away from narcissistic self-beliefs:

“…nudging individuals away from their superiority beliefs (e.g., by having them think about what makes them similar to others) reduces narcissism levels.

Helping people internalize others’ appreciation (e.g., by having them describe the meaning and significance of others’ kind words) raises self-esteem levels, especially among those who need it the most: low self-esteemers.”

The study was published in the journal Current Directions in Psychological Science (Brummelman et al., 2016). 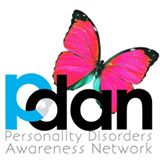