On January 14, a new law went into effect in Illinois that allows judges to order a “right of first refusal” for parents who share joint custody of their children. The right of first refusal (ROFR) means that any time one parent cannot care for the children during his or her scheduled period of possession or custody, that parent must first offer the other parent the right to take the children during that time. “[I]f a party intends to leave the minor child or children with a substitute child-care provider for a significant period of time, that party must first offer the other party an opportunity to personally care for the minor child or children.” 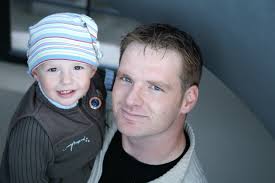 The right to have the possession of one’s child or children when the other parent is unable to provide direct care can be important to the noncustodial parent. In many cases, one parent has only alternating weekends and midweek dinners with the children, and the chance to have more parenting time when the custodial parent is away on a trip or at a seminar is invaluable.

Prior to this year’s new law, judges had discretion in allowing these rights of first refusal. In my experience, there have been judges that would outright refuse to allow them in parenting agreements, believing that these clauses in agreements only invited more disputes about whether one parent’s seminar was long enough, or whether the babysitter hired for a two hour movie was a violation of the ROFR. Some judges just didn’t want to open the door to a feature of a Parenting Agreement that would invite more litigation.

The new law is written not to mandate a ROFR, but to give the judge the ability to order it if the particular case ( and the mutually respectful parents) allows for it. Typically, judges will allow for the right once a material period of time, such as four hours of nonpossession of the children, is involved.

In my view, the legislature made a small effort to create an opening for a noncustodial joint parent to have more available parenting time. It would have been better, in my view, for the legislature to have done away with the archaic Illinois custody and visitation statutes that create these situations where parents are literally starved for time with their kids.

This new law is a very small step, but it is hardly a remedy for Illinois’ antiquated custody laws that leave so many parents disenfranchised from the weekly lives of their children. I support and advocate for statutory presumptive shared parenting, and do all that I can in my practice to achieve primary custody or shared parenting for the men and women that retain my firm.