In my divorce and child custody practice, I have represented a number of very good, intelligent people who have been victimized by a narcissist spouse’s  gaslighting campaign. Gaslighting is a term that is used to describe the abuse inflicted so as to damage the victim’s perception of reality, in the sense of who they are as a person, whether they are to blame (though they are innocent), and a means by the narcissist or borderline to control their victim spouse with emotional abuse. “Gaslighting is a form of manipulation through persistent misdirection, contradiction, and deception in an attempt to destabilize and brainwash a target (spouse). Its intent is to sow seeds of doubt in the targets, hoping to make them question their own memory, perception, and sanity. Instances may range from the denial by an abuser that previous abusive incidents ever occurred up to the staging of bizarre events by the abuser with the intention of disorienting the victim. The term owes its origin to Gas Light, a 1938 play and 1944 film, and has been used in clinical and research literature. 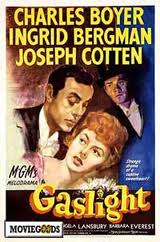 • Second-guessing: Because a victim has had their confidence eroded by the constant gaslighting, they live in fear of doing the wrong thing, and making their situation even more dangerous for themselves. They invariably find themselves asking “what if”, and always trying to second guess themselves. This often effects how they problem-solve, and make decisions in their life.

• Asking “Am I too sensitive?”: Projection and blame are the hallmarks of gaslighting, and the victim become hyper-sensitive to the constant humiliation of their abuser. They hear countless times that they are “too sensitive”, that they soon begin to believe the lies. As a result they look for approval before doing anything, fearful that they will make more mistakes that will end in more humiliation. This form of gaslighting makes the victim doubt everything about themselves, so they constantly ask, “Am I being too sensitive”.

• Apologizing: Living with the narcissistic Dr. Jekyll and Mr/s Hyde, the victim finds themselves always apologizing for “never doing things right”, they even apologize for their very existence; it is a way of avoiding more conflict with their aggressor. Apology is not just something the victim does to be polite; it is a powerful strategy for staying safe while in the war zone, and a means to disarm the anger of the gaslighter. Most importantly, the power of apology is that it can take the shame off the narcissist and redirect it towards the victim, therefore avoiding some of the narcissists rage.

• Lack joy and happiness in life (melancholy): If one lives under the constant tyranny of the gaslighting narcissist, they can expect extremes of lethal hostility. Many victims go through physical and mental torture that can cause them to suffer a personality change, leaving them feeling confused, lonely, frightened and unhappy. Often they continue to carry this melancholy even after they escape from the abuser.

• Withholding information from others: Victims experience great shame about their situation; they get tired of trying to cover up their abuse as they go along. When well meaning friends and family members tell them they are being abused, they avoid the subject, and soon they learn to withhold giving more information in order to avoid further conflict.

• Knowing something is terribly wrong, but can’t figure out what: The goal of gaslighting is to control and influence the reality of the gaslightee. It only works when the victim is unaware of what is really happening. The more the victim doubts their own reality or competence, the more dependent they become of the abuser. It is a vicious circle of events that is totally confusing to the victim, and that is exactly what the gaslighter wants.

• Trouble making simple decisions: To be caught in the narcissistic web of deception and illusion is the equivalent to being a fly trapped in the spider’s web. When entering the web, does the victim know that it is about to be bound up and eaten alive any more than the fly? The answer is “no”. However, the narcissistic web is akin to the disintegration of the self; the victim, under the threat of continual danger, forms a psychic bond with the abuser in order to avoid fragmentation of the self. In forming that bond they are compelled to organize themselves around their idealized abuser’s desires, and surrender their authentic potential: Having to ask permission to do anything, not being aloud to have their own opinion, never allowed to win the argument, constantly being chastised and humiliated, compromising their own thoughts, values, needs, and belief. Understandably, caught in this web they lose all autonomy, even their ability to make decisions for their own self.

• You have the sense that you used to be a very different person – more confident, more fun-loving, and more relaxed: In order to survive, the victim enters into what is termed the “the narcissists dance”. This is an unconscious defense mechanism which helps to keep the victim safe, but in so doing they almost lose themselves by placating, complying, and appeasing. This becomes part of their way of being, a great “pleaser” with everybody.

• You feel hopeless and joyless: What had once seemed like heaven has now turned into a hell. There is no peace or joy in this place, just fear and suppression. Life loses all hope, as if the light has been turned off. All that remains is the deep black cloud of depression. And the victim is forced to live in a state of acquiescence in order to survive. Their perceptions of reality are continually undermined by the gaslighting sham, so they end up losing confidence in their intuition, memory, or reasoning powers. They are spun lies, lies that tell them that they are over-sensitive, imagining, unreasonable, irrational, over-reacting, and that they have no right to be upset. Hearing this time and time again, their reality is turned inside out, and they begin to believe that this may all be true.

The narcissist’s form of psychological abuse has managed to instill in their victim an extreme sense of anxiety and confusion to the point where they no longer trust their own memory, perception or judgment. In this state they are truly a hostage. However, many manage to get the courage to break free, but this is usually after several painful attempts.

If you are in a relationship and experiencing these signs and symptoms of emotional abuse, please feel free to contact my office for a consultation, as well as possible referrals to trusted therapists that can help unwind the emotional and physical harm done by years of emotional abuse.