One of the primary concerns that parents have about an impending divorce is the question of the resilience and adaptability of the children to divorce. In my practice at Law Offices of Michael F. Roe LLC, there has been a history of successfully managing cases that sometimes involve complex issues, such as a parent with traits of a personality disorder, Parental Alienation, or a toxic parent that acts out in the family with a lot of chaos, threats, and aggression. Cases that have these features make the protocols put into place all the more important in order to protect my clients and the wellbeing of the children. I have spent the last 20 years focused on the clinical and psychological issues in divorce and custody, and make every effort to apply this experience in each and every case in my Firm; there are no “cookie cutter” approaches and each family’s case is different and requires different solutions and plans. 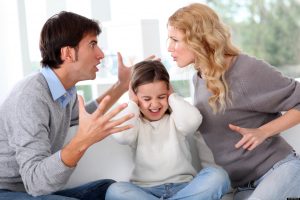 One of the goals of managing these complex cases is to create a plan for the developmental health of the children, both in the near term and the long term. A recent article has reflected on outcomes in divorce cases with children, and the findings of the varied research are interesting. The research speaks to the idea that kids that emerge from low conflict divorces, with mindful and respectful parents, do better over the long term. Kids from chaotic families tend do do more poorly, but my belief is that with good planning and protection, these difficult outcomes can be mitigated:

” Divorce affects most children in the short run, but research suggests that kids recover rapidly after the initial blow. Most children of divorce also do well in the longer term. Researchers have consistently found that high levels of parental conflict during and after a divorce are associated with poorer adjustment in children.

The experience of divorce can also create problems that do not appear until the late teenage years or adulthood. In 2000 in a book entitled The Unexpected Legacy of Divorce: A 25 Year Landmark Study, Judith Wallerstein, then at the University of California, Berkeley, and her colleagues present detailed case studies suggesting that most adults who were children of divorce experience serious problems such as depression and relationship issues.

Yet scientific research does not support the view that problems in adulthood are prevalent; it instead demonstrates that most children of divorce become well-adjusted adults. For example, in a 2002 book, For Better or For Worse: Divorce Reconsidered, Hetherington and her co-author, journalist John Kelly, describe a 25-year study in which Hetherington followed children of divorce and children of parents who stayed together. She found that 25 percent of the adults whose parents had divorced experienced serious social, emotional or psychological troubles compared with 10 percent of those whose parents remained together. These findings suggest that only 15 percent of adult children of divorce experience problems over and above those from stable families. No one knows whether this difference is caused by the divorce itself or by variables, such as poorer parenting, that often accompany a marriage’s dissolution.

Even though children of divorce generally do well, a number of factors can reduce the problems they might experience. Children fare better if parents can limit conflict associated with the divorce process or minimize the child’s exposure to it. Further, children who live in the custody of at least one well-functioning parent do better than those whose primary parent is doing poorly.

Other, more general facets of good parenting can also buffer against divorce-related difficulties in children. Parents should provide warmth and emotional support, and they should closely monitor their children’s activities. They should also deliver discipline that is neither overly permissive nor overly strict. Other factors contributing to children’s adjustment include postdivorce economic stability and social support from peers and other adults, such as teachers.In addition, certain characteristics of the child can influence his or her resilience. Children with an easygoing temperament tend to fare better. Coping styles also make a difference. For example, children who are good problem solvers and who seek social support are more resilient than those who rely on distraction and avoidance.The good news is that although divorce is hard and often extremely painful for children, long-term harm is not inevitable.” Scientific American, Hal Arkowitz, Scott O. Lilienfeld, March 1, 2013