ILLINOIS DIVORCE LAW BLOG
Dr. Michael Bone has a series of articles on Parental Alienation that are thoughtful and effective. One of the issues that he raised recently was the need for lawyers that represent targeted parents to “step up” and actually give voice (as I like to call it) to the reality that the other party is committing acts of PA, and making false allegations. In other words, it is not enough for a lawyer to simply defend a PA case.  In my view, the act of PA is child abuse, and if we look at PA from that angle, any parent that is committing a form of child abuse should be seen as an abuser, and the “target,”  as it were, needs to be painted on that offender’s back.  The Court needs to know that the alienating parent is guilty, culpable, and needs to be stopped and sanctioned by the Court. 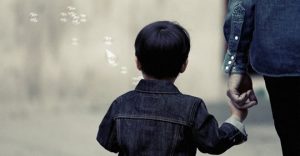 Here below is Dr. Bone’s view on this issue:

” Very often, the targeted parent will have been accused falsely of being in some way dangerous, unstable or otherwise suspect as a parent. Since the court should always carefully examine any potential danger that such a parent might represent, it should then also recognize that the fact remains that parents are falsely accused of tendencies and acts that are not them.

In cases such as these, where such possibility of danger has been carefully vetted and found to be absent, the court should then act accordingly. Sadly, we find that not to be the case very frequently. I believe that a key reason for this is that the second part of the equation involving false allegations is seldom executed.
​
What needs to happen – and this is the frequently missing piece – is for the case presentation to say essentially, “not only is this parent not guilty of what they have been accused of being, but what is true is that the other parent has affirmatively attempted to defraud the court” by accusing them as being so.

When this argument is effectively and strongly made, the court’s attention shifts from the targeted parent onto the alienating parent. ​

It is at this point that the lightbulb of insight goes on for the judge and they begin to rule in a more corrective fashion. Absent this step, it appears to me that the judge is left with a lingering suspicion regarding the targeted parent.

Therefore, Parental Alienation case presentation must bring the attention back to the alienating parent in a robust fashion. For reasons that I cannot clearly delineate, many attorney’s appear to be uncomfortable with this last step, often citing that they want to remain as the “reasonable one”. I believe that this is very often a serious error.”