Post holiday stresses can lead to divorces being initiated in the New Year. Unfortunately, for many couples that means planning separate lives. Lawyers even refer to the first working day in January as “Divorce Day” because so many people begin legal proceedings to end their marriages at this time, but ministers are urging couples to seek an alternative to “traumatic”, drawn-out and costly courtroom battles. 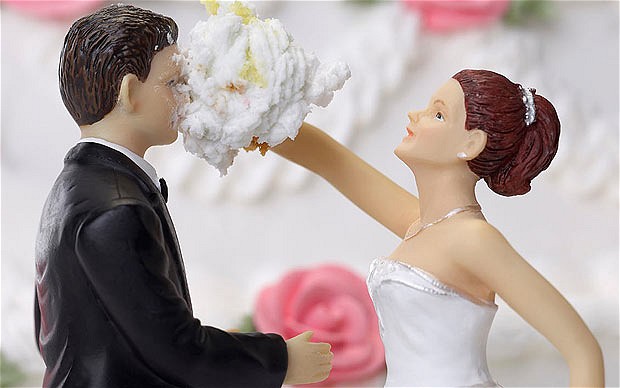 They want bickering husbands and wives to consider using third-party mediators. Opting for the mediation route takes a quarter of the time that going through the divorce courts does and can be eight times cheaper, according to the Ministry of Justice.

“All too often money is wasted on expensive and traumatic court hearings that can take far too long to resolve,” said Lord McNally, the family justice minister. “And that is why we want to help people to use mediation, a quicker and simpler approach which brings better outcomes.”

Mediation involves the use of an independent and qualified third party to help couples talk through how they will divide their assets or decide what to do with their children. Legal advice from a solicitor can form part of the process.

Critics of the legal route say that too many couples repeatedly return to court to argue over matters that they could readily resolve themselves, such as changing the allocated days when they have their children .
Since April 2011 all couples whose marriages break up have had to consider mediation first before turning to the legal system to settle disputes, although cases involving domestic violence or child protection issues still go straight to court.

Figures for legal aid cases show that the average cost of using mediation is about £500, compared with £4,000 for issues that are settled through the courts. The average time for a mediated case is 110 days and 435 days for non-mediated cases.

The government said it would pump a further £10 million into mediation services, taking the total funding available this year to £25 million.

There have long been concerns that going through the divorce courts can make the process even more acrimonious and stressful for both couples and their children.

However, this is in part down to fewer people getting married in the first place. Census figures published last month show that married people have become a minority for the first time.

The number of people in England and Wales describing their marital status as divorced grew by 20 per cent to 4.1 million.

A recent survey found that nearly six out of 10 people in Britain believe there are not enough legal hurdles to deter couples from rushing into divorce.

Lawyers have suggested that the tough current economic climate has had a double effect by putting relationships under greater strain and then making separations more bitter as couples fight harder for a slice of their diminished assets.

Searches on a government website for information about how to get a divorce nearly doubled in January last year.