Being in a marriage with a narcissist can be extremely challenging, and a number of my clients have exhibited symptoms of a post-traumatic stress disorder after years of living with a partner with narcissistic traits. My firm’s practice has a focus on divorce and custody issues for clients separating and divorcing a person with toxic narcissism. Dr. Johnson’s article, below, highlights some aspects of this pathology. 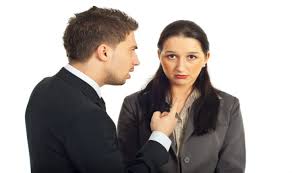 Psychologist Stephen Johnson writes that the narcissist is someone who has “buried his true self-expression in response to early injuries and replaced it with a highly developed, compensatory false self.” This alternate persona to the real self often comes across as grandiose, “above others,” self-absorbed, and highly conceited. In our highly individualistic and externally driven society, mild to severe forms of narcissism are not only pervasive but often encouraged.

Narcissism is often interpreted in popular culture as a person who’s in love with him or herself. It is more accurate to characterize the pathological narcissist as someone who’s in love with an idealized self-image, which they project in order to avoid feeling (and being seen as) the real, disenfranchised, wounded self. Deep down, most pathological narcissists feel like the “ugly duckling,” even if they painfully don’t want to admit it.

How do you know when you’re dealing with a narcissist? The following are some telltale signs:

1. Conversation Hoarder. The narcissist loves to talk about him or herself, and doesn’t give you a chance to take part in a two-way conversation. You struggle to have your views and feelings heard. When you do get a word in, if it’s not in agreement with the narcissist, your comments are likely to be corrected, dismissed, or ignored.

2. Conversation Interrupter. While many people have the poor communication habit of interrupting others, the narcissist interrupts and quickly switches the focus back to herself. He shows little genuine interest in you.

3. Rule Breaker. The narcissist enjoys getting away with violating rules and social norms, such as cutting in line, chronic under-tipping, stealing office supplies, breaking multiple appointments, or disobeying traffic laws.

4. Boundary Violator. Shows wanton disregard for other people’s thoughts, feelings, possessions, and physical space. Oversteps and uses others without consideration or sensitivity. Borrows items or money without returning. Breaks promises and obligations repeatedly. Shows little remorse and blames the victim for one’s own lack of respect.

― Anonymous
5. False Image Projection. Many narcissists like to do things to impress others by making themselves look good externally. This “trophy” complex can exhibit itself physically, romantically, sexually, socially, religiously, financially, materially, professionally, academically, or culturally. In these situations, the narcissist uses people, objects, status, and/or accomplishments to represent the self, substituting for the perceived, inadequate “real” self. These grandstanding “merit badges” are often exaggerated. The underlying message of this type of display is: “I’m better than you!” or “Look at how special I am-I’m worthy of everyone’s love, admiration, and acceptance!”

“I never want to be looked upon as poor. My fiancé and I each drive a Mercedes. The best man at our upcoming wedding also drives a Mercedes.”

― Anonymous
In a big way, these external symbols become pivotal parts of the narcissist’s false identity, replacing the real and injured self.

6. Entitlement. Narcissists often expect preferential treatment from others. They expect others to cater (often instantly) to their needs, without being considerate in return. In their mindset, the world revolves around them.

7. Charmer. Narcissists can be very charismatic and persuasive. When they’re interested in you (for their own gratification), they make you feel very special and wanted. However, once they lose interest in you (most likely after they’ve gotten what they want, or became bored), they may drop you without a second thought. A narcissist can be very engaging and sociable, as long as you’re fulfilling what she desires, and giving her all of your attention.

8. Grandiose Personality. Thinking of oneself as a hero or heroine, a prince or princess, or one of a kind special person. Some narcissists have an exaggerated sense of self-importance, believing that others cannot live or survive without his or her magnificent contributions.

“Once again I saved the day-without me, they’re nothing”

― Anonymous
9. Negative Emotions. Many narcissists enjoy spreading and arousing negative emotions to gain attention, feel powerful, and keep you insecure and off-balance. They are easily upset at any real or perceived slights or inattentiveness. They may throw a tantrum if you disagree with their views, or fail to meet their expectations. They are extremely sensitive to criticism, and typically respond with heated argument (fight) or cold detachment (flight). On the other hand, narcissists are often quick to judge, criticize, ridicule, and blame you. Some narcissists are emotionally abusive. By making you feel inferior, they boost their fragile ego, and feel better about themselves.

“Some people try to be tall by cutting off the heads of others”
– Paramhansa Yogananda
10. Manipulation: Using Others as an Extension of Self. Making decisions for others to suit one’s own needs. The narcissist may use his or her romantic partner, child, friend, or colleague to meet unreasonable self-serving needs, fulfill unrealized dreams, or cover up self-perceived inadequacies and flaws.

Another way narcissists manipulate is through guilt, such as proclaiming, “I’ve given you so much, and you’re so ungrateful,” or, “I’m a victim-you must help me or you’re not a good person.” They hijack your emotions, and beguile you to make unreasonable sacrifices.